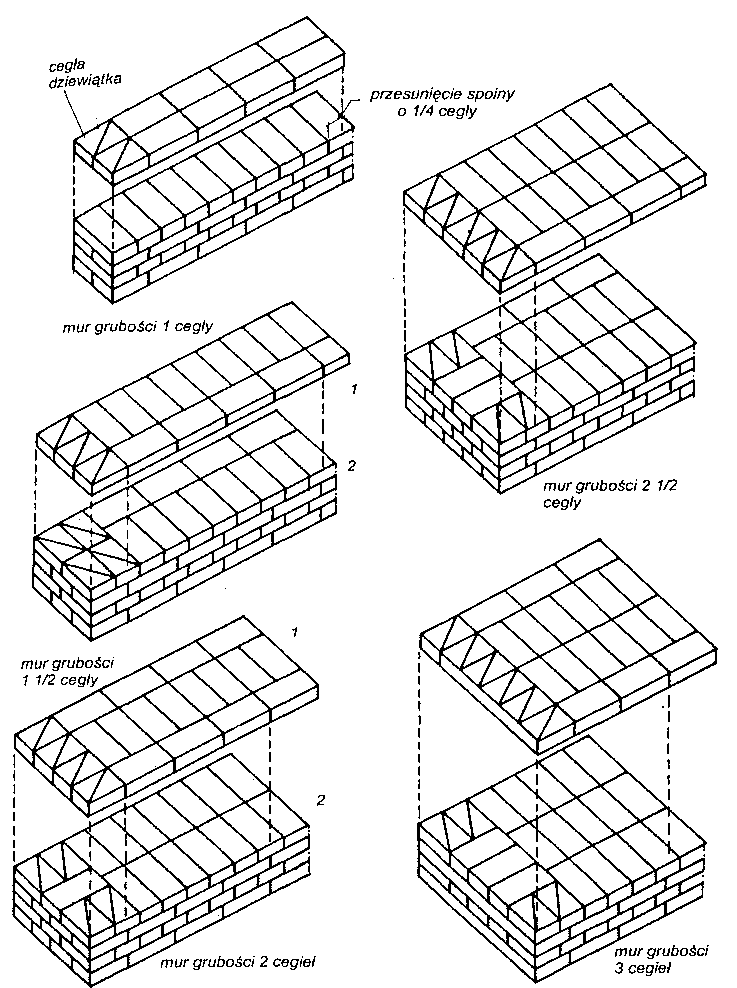 The arrangement of bricks in walls of different thickness made in a common bond; 1 - stretcher layer, 2 - head layer.

Walls crossing and connected at the corners. When constructing walls that intersect and wall corners, the principle of mutual penetration of walls is applied. Penetration rules require the following conditions to be met:

a) the stretcher layer of one wall goes through, and the head layer of the second wall is only added to it,

b) in the stretcher layer, that is, passing through, vertical transverse joints should be shifted by 1/4 or 3/4 bricks from the edge of the second wall.

Two layers of masonry in the straight corner.

Two T-shaped walls are connected according to the same principle. The layers of the transverse wall going through have their ends made of nines arranged in stretchers.

The rectangular corner is made according to the rules applicable to the binding of walls intersecting at right angles. The stretcher layers of each wall are finished with nines arranged in stretchers.

When the wall joins the corner at an acute or obtuse angle, it is necessary to trim the top layer touching bricks at the point where the layers cross.. The connection of the walls in the acute corner is shown in the drawing.

The connection of the walls in the corner at an acute angle: a), b) masonry layers.