Pillars and poles. A rectangular pillar is made in the same way, like a continuous wall. When making the pillars, one should strive, that their length is a multiple of the brick heads, including the transverse joints. If the length of the pillar is not equal to the total number of brick heads and equals e.g.. 2 1/2 bricks, then at one end of the same layer a webbing end is provided, and on the other it is a headstock. The next layer ends the other way around (Lynx. b).

In figure c, d shows the bond of bricks in pillars with oblique faces and with jambs, which enable better seating of window or door frames.

The bonding of bricks in poles of different dimensions is shown in the figure below. 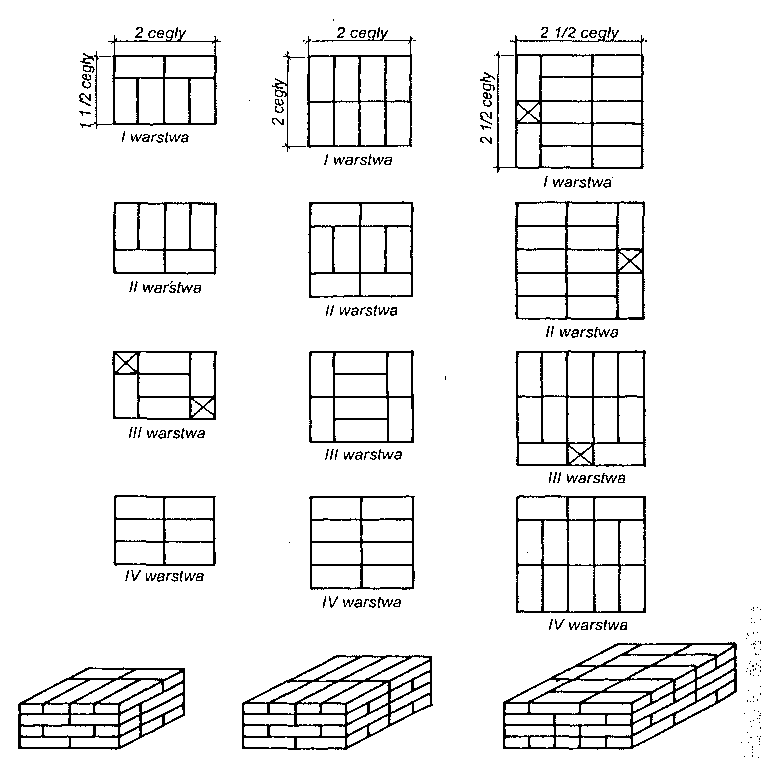 Four-layer bonding of bricks in poles.